Performance and Synthesis of Ionic Liquid

Performance and Synthesis of Ionic Liquid

Ionic liquids (ILs) are compounds that consist entirely out of ions. In contrast to molten salts, ILs are defined by a melting point below 100 °C. While NaCl is a high melting solid (mp = 803 °C) which is quite corrosive in the liquid state, ionic liquids consists of ions with a high degree of charge delocalization and a low degree of symmetry resulting in much lower melting points (some candidates down to -20 °C). 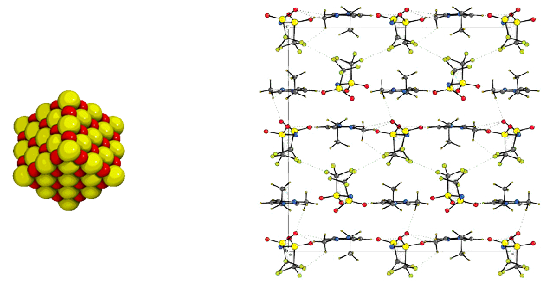 Ionic liquids are considered as green alternatives to volatile organic solvents due to their extremely low vapor pressures (in the range of metals). More relevant is however the fact that ILs represent a class of liquid materials with unique property profiles, such as combinations of wide liquidus range, electric conductivity, good electrochemical and thermal stability, excellent tribological properties as well as special solubility and coordination properties. For our group, the ability of ionic liquids to dissolve homogeneous transition metal catalysts, to stabilize catalytic nanoparticles or to modify the surface of classical heterogeneous catalysts is of special relevance.

Prof. Wasserscheid is the coordinator of SPP 1191, a priority programme sponsored by the German Science Foundation focussing on the better physico-chemical understanding of ionic liquid materials. More information about the SPP 1191 is found on the webpage of the priority programme.