Optimization of catalysts for a dynamic methanol synthesis process

Optimization of catalysts for a dynamic methanol synthesis process

In 2015, 175 nations have signed the agreement on limiting the global warming to below 2°C compared to pre-industrial levels. To achieve this goal the greenhouse gas emissions have to be reduced and emitted carbon dioxide has to be captured from the atmosphere.

Therefore, the development of novel storage and transport technologies for renewable produced electrical power is necessary. In comparison to conventional energy supplies, renewables are highly dependent on the availability of primary energy sources like wind and sunlight. Furthermore, innovative storage concepts need to consider that renewable energy is produced peripheral. One concept is to change electrical to chemical energy by the conversion of water to hydrogen and oxygen in an electrolysis cell. The produced hydrogen can be used itself as a storage compound or can be further processed to higher chemical products like methanol. The latter has the advantage of a high volumetric energy density and better transport properties. In addition, the production of methanol uses the greenhouse gas carbon dioxide as a co-substrate, which is captured of flue gas or from the atmosphere. 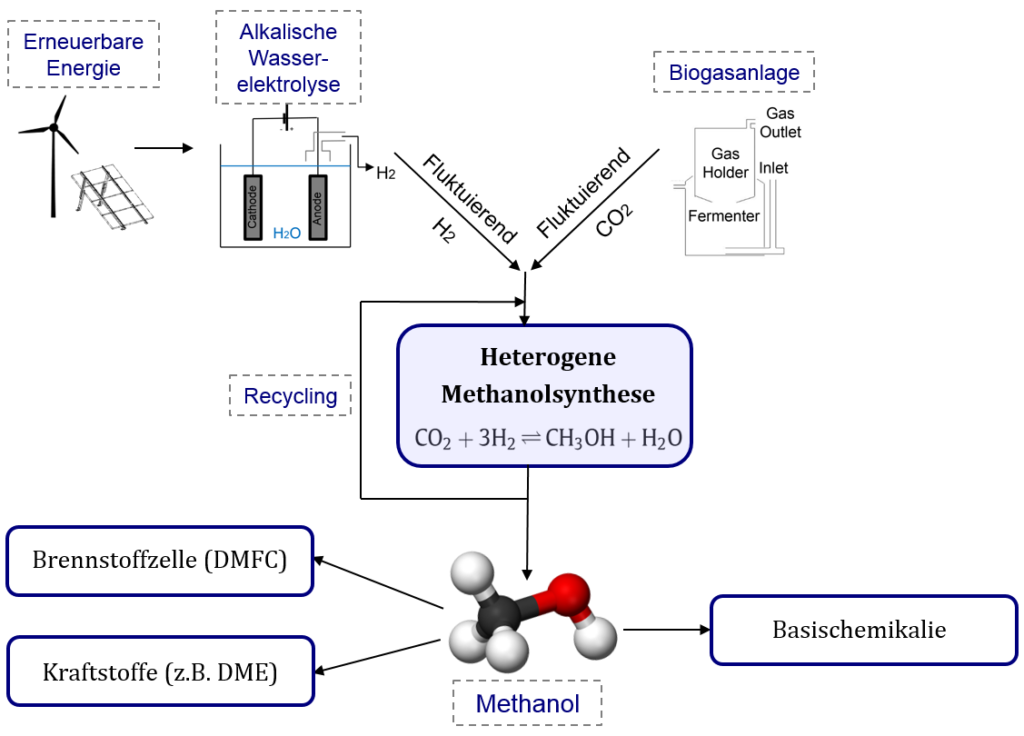 In the context of the second funding period of the independent research network “Energy Campus Nuremberg” an integrated energy storage concept, based on the chemical transformation of electrolytic hydrogen and carbon dioxide is developed. Besides the investigation of an integrated heat-pipe concept for effective heat utilization (Chair of Energy Processing) and a model based examination of the load-change behaviour of the process (Research group “Catalytic Reactors and Process Technology”) the research efforts in the group “Sustainable Production of Platform Chemicals” are focused on the examination and optimization of heterogeneous catalysts for a dynamic methanol production. 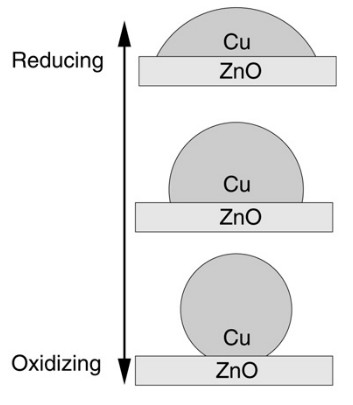 Due to the deactivation of the industrial Cu/ZnO/Al2O3-catalyst by stoichiometric produced water, novel water resistant catalysts for the CO2 hydrogenation reaction to methanol should be screened and optimized. In addition, the transient production of CO2 (oxidising compound) and H2 (reducing compound) results in changing inlet gas compositions. Therefore, suitable catalysts need to be able to handle a changing reducing and oxidising environment while maintaining its stationary productivity.

To summarize, the objective of the research project is to examine the mechanisms of degradation and the stability of different heterogeneous catalysts. Based on the optimized catalyst properties, an innovative process for methanol synthesis can be designed.

This project is funded by the Bayerischen Staatsministerium für Bildung und Kultus, Wissenschaft und Kunst under the support code Az. IX.6-F2421.4.0/22/31 within the Energie Campus Nürnberg 2.0.