One possibility to deal with this discrepancy is the power-to-gas process. The production of excess electrical energy enables the economic production of hydrogen by electrolysis. This hydrogen can either be used directly or be converted into liquid fuels or chemical raw materials. The two last-mentioned options enable the storage and the transport of hydrogen if there is no infrastructure for the useage of hydrogen close to the electrolysis plant available. 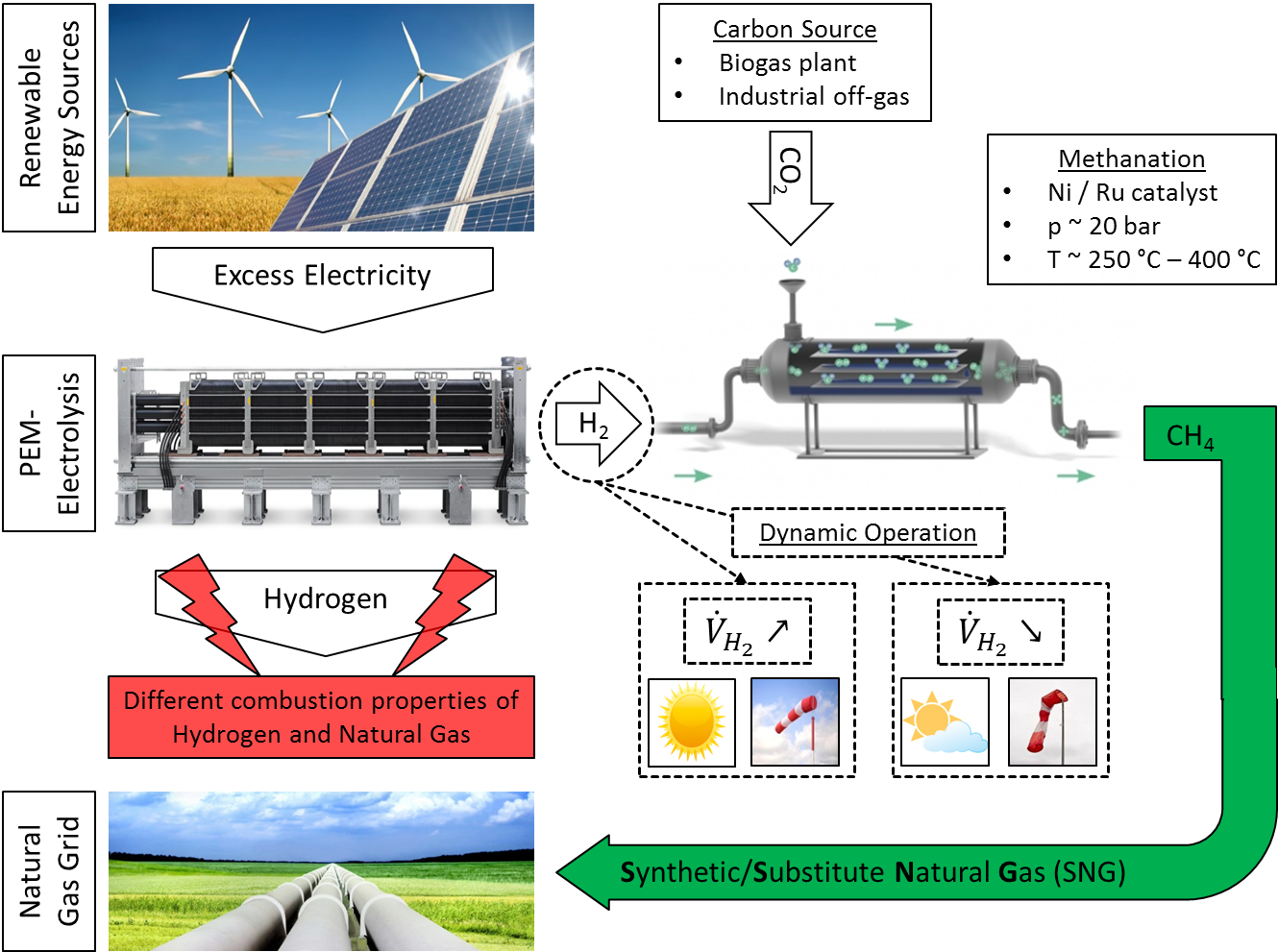 The fluctuating electrical energy production from renewable energy sources leads to an unsteady hydrogen output of the electrolysis. This unsteady hydrogen production puts high requirements on the dynamic operation of the methanation reactor. Frequent load changes could compromise the gas quality of the produced SNG or the stability of the catalyst. The aim of this research project is the development of a reactor concept able to handle the fluctuating hydrogen production to ensure a continuous feed of the SNG into the existing natural gas grid.